Birstall is based within the Charnwood borough of Leicestershire. With a population of little over 12 thousand people, Birstall is big enough that you’re not in the middle of nowhere but small enough that you can get a real taste for the highly popularised ‘village life’.

Birstall has a lot of history which makes it appealing to people looking for a property in the area. History demonstrates that the village was very small with a population of 611 people until the creation of the Great Central Railway. Since 1901, the population has grown significantly.

No matter who is looking for a house in the area, there’s everything that they will need. There’s two primary schools, a secondary school and sixth form, as well as a garden centre and supermarket for shopping. In addition to these necessities, there’s also plenty of facilities and parks for entertainment indoors and outdoors.

All of these points mean that if you have a house in the area, when it comes to Leicester lettings, this is one of the best prospects when choosing what properties to let. 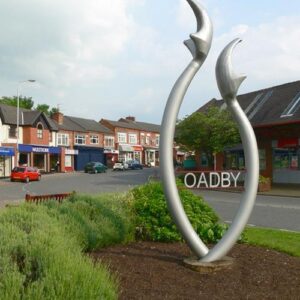 Oadby, a picturesque town in the Leicester area, is another wonderful place to let your Leicester house. The population of Oadby is only 25 thousand people so as with Birstall, you’ll still be able to enjoy a relaxed, village lifestyle.

The main appeal of Oadby is the fact that it’s only 5 miles from the city of Leicester. This means that whilst the city is very accessible if potential tenants work there, the fact they can live outside of the undoubtedly busy city is a nice thought. Even if they don’t drive, there’s buses that pass through on a regular basis, so they can catch one into the city.

In addition to being close to the city, there’s also plenty to do in the little town which excites people. For example, there’s two local football teams as well as a tennis club. One of the football teams caters exclusively to under-18s, so there’s opportunity for children who enjoy sports to take part.

Oadby is an excellent area to let your house if you do have a property in the town.

Syston is a small town situated close to Leicester, also located within the Charnwood borough of Leicestershire. The population of this town is little over 11 thousand people according to a relatively recent census so once again it’s a quiet town with access to the city if necessary.

There’s multiple attractions in the Syston area which make it a good prospect for Leicester lettings. The main attraction would the church of St Peter and St Paul, the oldest standing building in the town. It was constructed using pink granite and white limestone with mentions of the church reaching back to the 13th century. Whilst the church is an exciting place to visit, Syston is also known for the Syston White Plum and being the headquarters of the delicious Pukka Pies.

Are you looking to let a house in either of these 3 popular areas in Leicester? Get in touch with Open House Leicester today. We offer property consultancy services in addition to property management. We are contactable on the number 0116 243 7938 or by email info@openhouseleicester.co.uk.